OBRIGADO PORTIMAO, ATE A PROXIMA (THANK YOU PORTIMAO, SEE YOU NEXT TIME)

Portimao is a port town on the western Algarve coast, running along the bottom of Portugal to the most southwest tip of mainland Europe. Take a plane to Faro and head west, you can’t miss it (east is all hotels and golf courses). The Atlantic swells, waves and winds sweep in across beautiful sand beaches and little fishing ports, when they’re not battering the stunning cliff formations.

The perfect location for windsurf World Championships you might think. And that’s exactly what’s been going on this week. Since last Saturday, 20th April, 38 young windsurfers, plus the attendant organisers, helpers, Race Committee and the rest of the competition caravan, have been on the beach at Praia da Rocha for the 2019 Bic Techno293+ World Championships. And what a week it’s been! The Race Committee worked miracles and the young sailors more than lived up to the various challenges they laid down.

There’ve been ups, downs, joy and pain, but the true Bic Techno spirit has shone through, plenty of smiles and happy, tired faces at the end of each day’s racing. And the spot has more than lived up to its reputation. 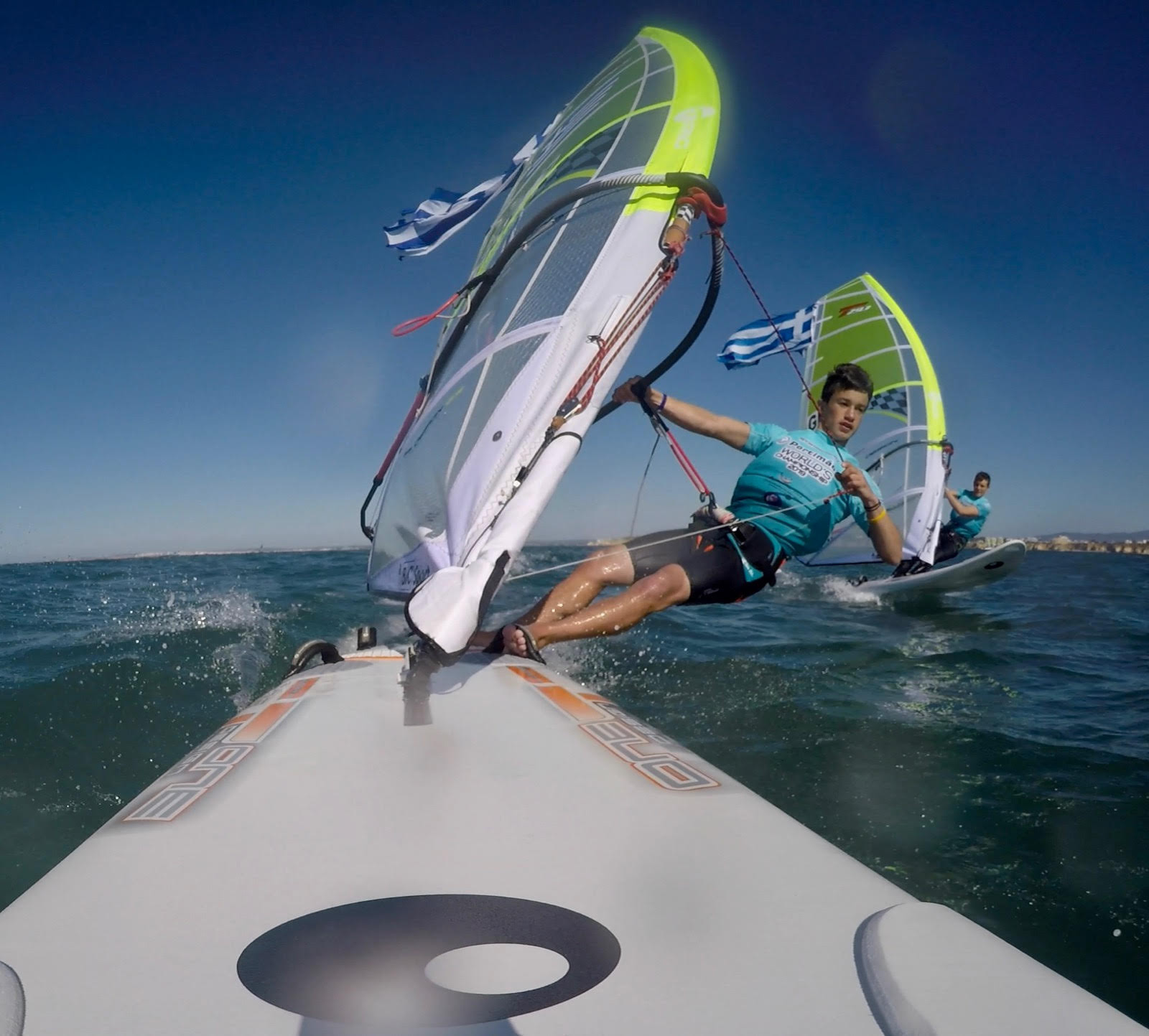 Talking of reputations, one young rider deserves special mention, because he arrived here with a huge burden of expectation on him considering he is the reigning Youth Olympic and European Techno293 Champion. It must be said that the young Greek rider Alexandros Kalpogiannakis has not just lived up to his billing, he’s shown the way in how he handles himself, not just his windsurf board. 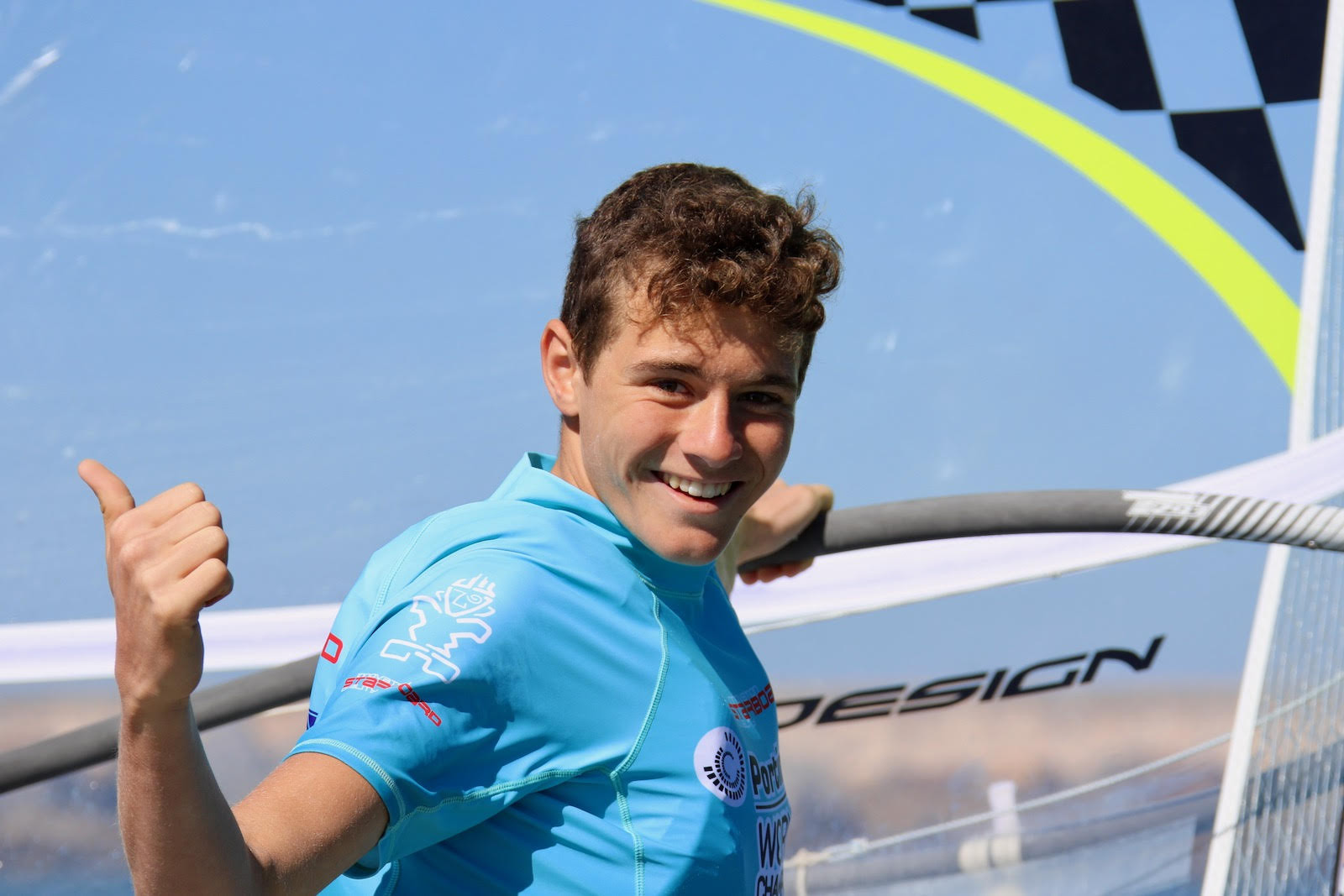 It was always a big ask for the other men, but they never gave up trying. The gold medal was decided quite early but there was an almighty ding-dong for the other podium spots. For a while it looked as though the local Portuguese hopeful Andre Pereira might make it, but a bad-hair day on Thursday put paid to that. Going into today’s final single-race day there were still four riders in contention for two podium spots, but the shifty, variable wind made it impossible for anyone to make a break, meaning that it’s as-you-were for 2nd and 3rd places, going to Ioannis Karvouniaris (Greece) and Grae Morris (Australia) respectively, with honourable mention to Kei Miura (Japan), who was also on top spot in the Open division. 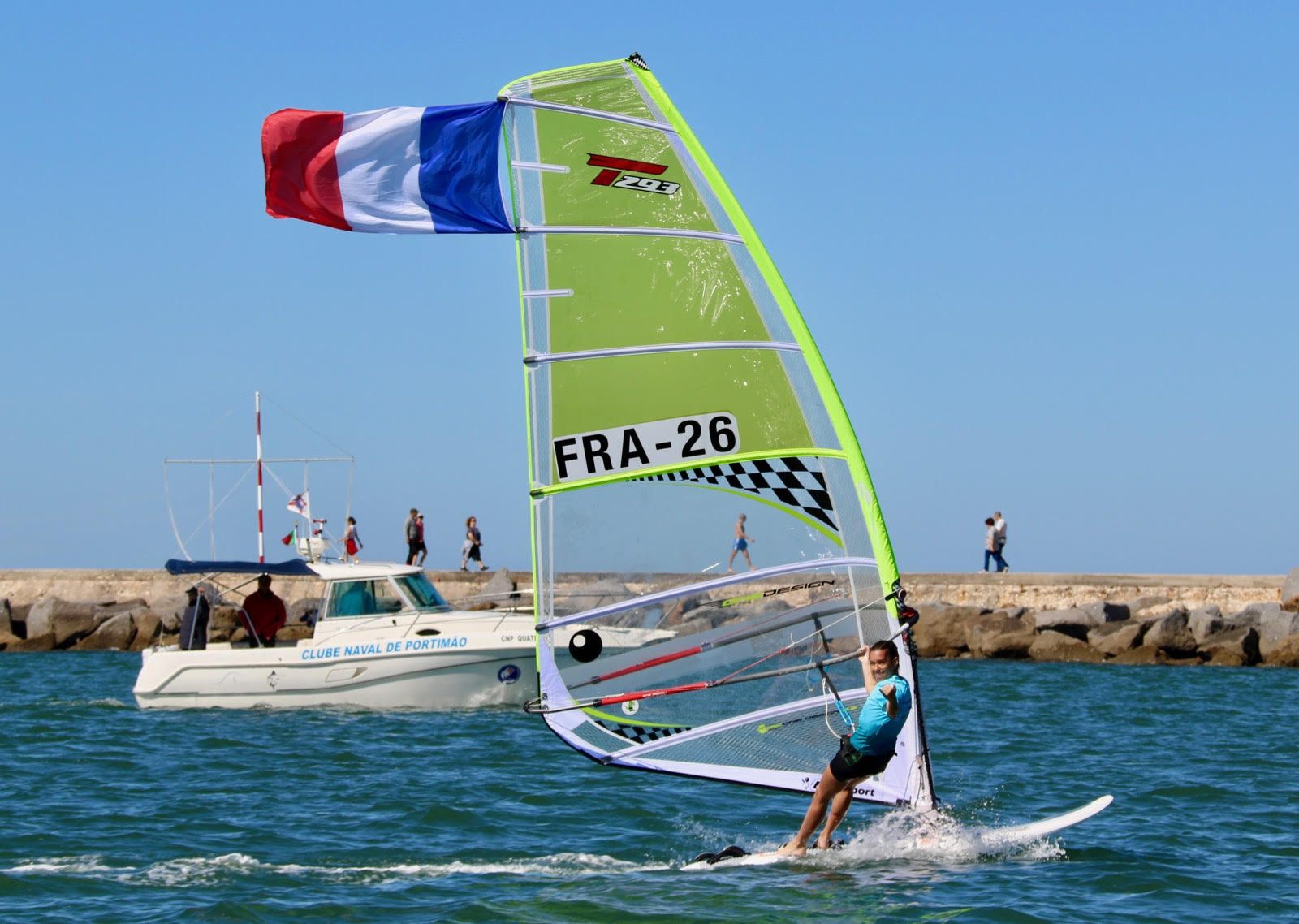 There was no clear pre-competition favourite in the women’s section, but France’s Enora Tanne made the top spot hers from day one, and had all but sealed victory after 10 races, barring any mistakes. She didn’t make any and so Kaneko Natsumi (Japan) who chased her all the way had to settle for second place (first in Open category). Meanwhile, third place was extremely close with Laura Pontes (Portugal) and the consistent and battling Nine Rault (France) finishing on equal points, Pontes finishing overall in third. 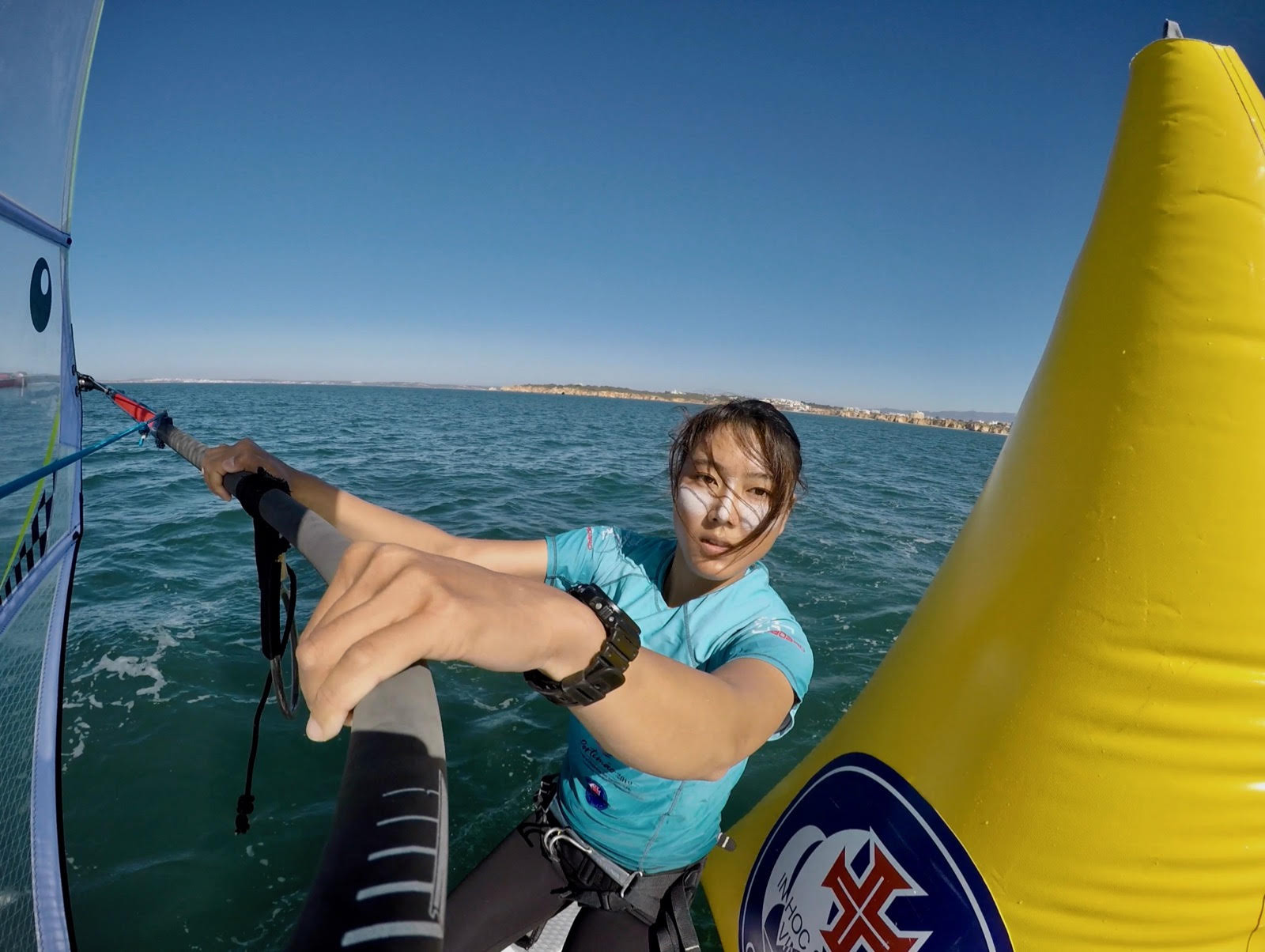 Congratulations to all the young sailors (and the people supporting them) who came and made the event what it was. It was especially good to see that those who came the furthest (Australia, Japan) didn’t go home empty handed, something that should encourage more countries to see the huge potential of the Techno 293+ class, and how it can take them all the way to Olympic glory.
So, special congratulations to the week’s big winners Enora Tanne and Alexandros Kalpogiannakis.
Enormous thanks to the whole team here in Portimao for a fantastic week and a great world championships. Until next time!
You can check out the full results, videos, photos and reports of the whole week’s action at: https://worlds2019.plus.techno293.org/