THE END IS IN SIGHT…

International regattas and major championships like this rely on more than just the weather and competitors to show up. There’s a huge amount of work before, during and after, and a huge team (often volunteers) of un-sung heroes working behind the scenes to make sure that all the racers get the best possible chance to show off their skills.

Here in Portimao, the Race Committee, under the direction of Rui Raimundo, has worked its socks off over the five days of competition so far, and today was a classic example. They had planned only 2 more rounds for today, but looking at the forecast for the final couple of days, they decided to go for 3 races for both men and women, bringing us to a total of 13 for both fleets, and closer to knowing the names of our 2019 champions and the other medal winners.

With heavy clouds and occasional rain squalls blowing across the spot, a certain edginess affected both fleets, with the men having a couple of general recalls from false starts, and the women suffering some capsizes and crashes. But these are tough girls, not pampered pink Barbies, and it takes more than a chipped fingernail or wet hair to put them off their stride.
In the men’s competition, Race 11 was pivotal, not so much for the leader but for the other podium spots, with a couple of “UFDs” and retirements, mainly affecting local hero Andre Pereira, who slipped out of medal contention and will have his work cut out to battle his way back. Olympian Alexandros Kalpogiannakis holds a comfortable lead with just one defeat all week. He’s ahead of compatriot Ioannis Karvouniaris who has climbed above the battling Australian Grae Morris who’s hanging on to the bronze medal spot for now. 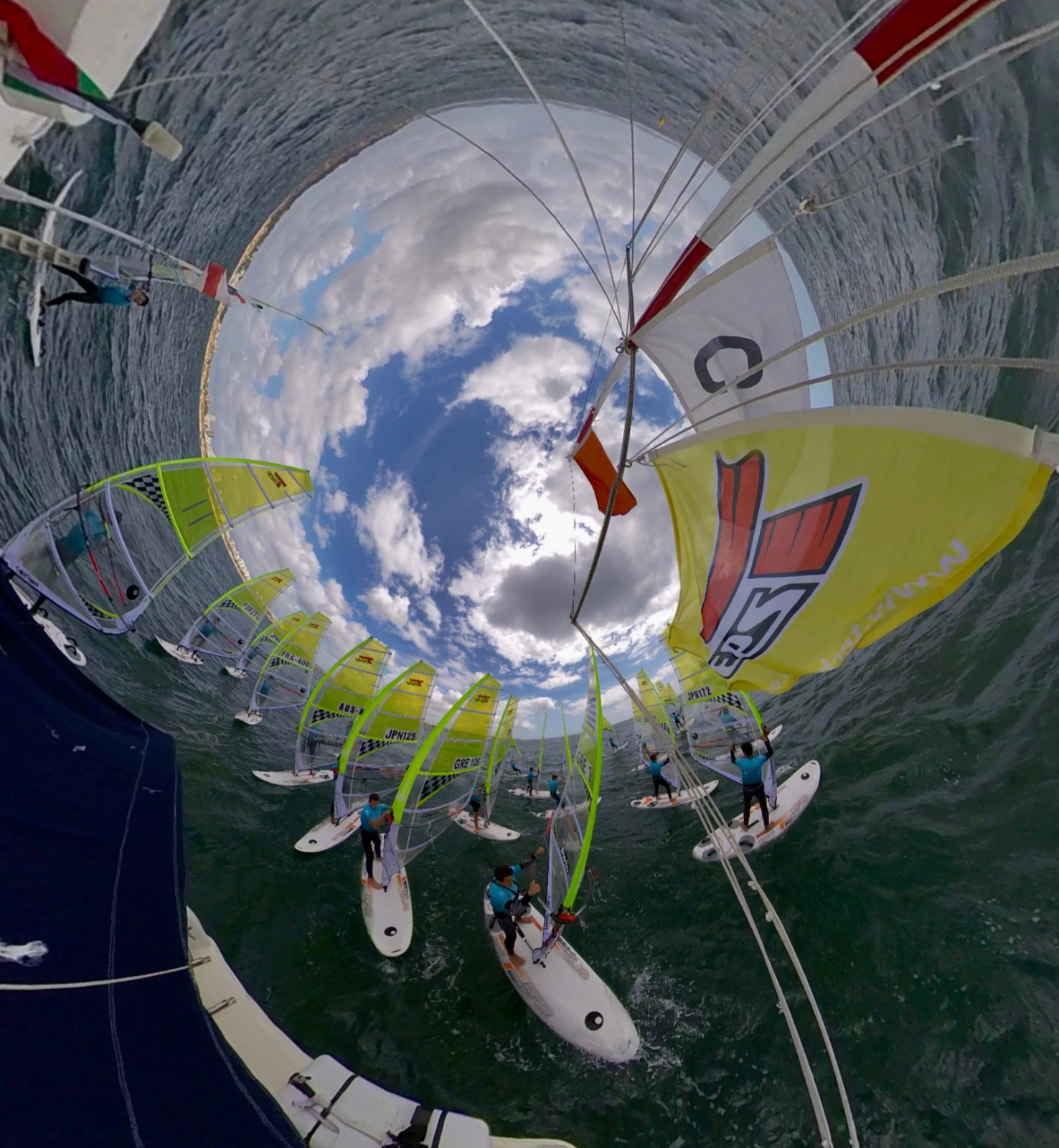 In the women’s contest, it’s looking like a head-to-head for the gold medal between France’s Enora Tanne and Japan’s Kaneko Natsumi, the latter closing the gap with 2 wins out of the day’s 3 rounds. There are four girls battling for the final podium spot, Laura Pontes (Portugal), Nano Nishimura and Karen Nagashima (Japan) and Nine Rault (France) holding on to 4th place despite the ongoing problems with her forearm that required a routine rescue when she no longer had the strength to up-haul.
With deteriorating weather likely to blow in, the Race Committee is planning only one more round of regular racing on Day 6, and a long-distance race to test the young sailors’ range of skills and bring the Championships to a close on the final day.
You can follow the action and full results on the event website at: https://worlds2019.plus.techno293.org/