There are 28 men and 10 women competing here at the Techno293+ World Championships, 38 motivated young sailors, all striving for one of the coveted World Champion crowns.
Techno293+ is the grown up version of the legendary Techno293, where older riders can compete, using bigger rigs and fins than the standard 293 class. Making sufficient waves that it has become an Youth Olympic class in its own right, and we are all proud and honoured to have none other than Youth Olympic Games champion Alexandros Kalpogiannakis here in Portimao this week, as motivated as ever, to try and complete his set of gold medals following his YOG and European Championship victories.
Today was the first day of proper racing, after yesterday’s warm-ups and excellent opening ceremony. The wind was kind, but shifty, forcing a few changes of schedule and race plans, but the weather mostly good, so the race committee ran 4 rounds of racing for the two fleets, with every country present having some positives to take from the first day of “serious” competition.
There was no major surprise in the mens fleet. The likely leader, and deservedly so, is Kalpogiannakis, after a perfect day, 4 wins from 4 starts. And he’s leading the way for Greece, with compatriots Nikolaos Silitzoglou and Ioannis Karvouniaris making up the other podium positions for now. The two Japanese following close behind, Diago Komatsu and Minatu Seki may have other ideas, but will have their work cut out to try and beat the Greek Olympian star of the class. 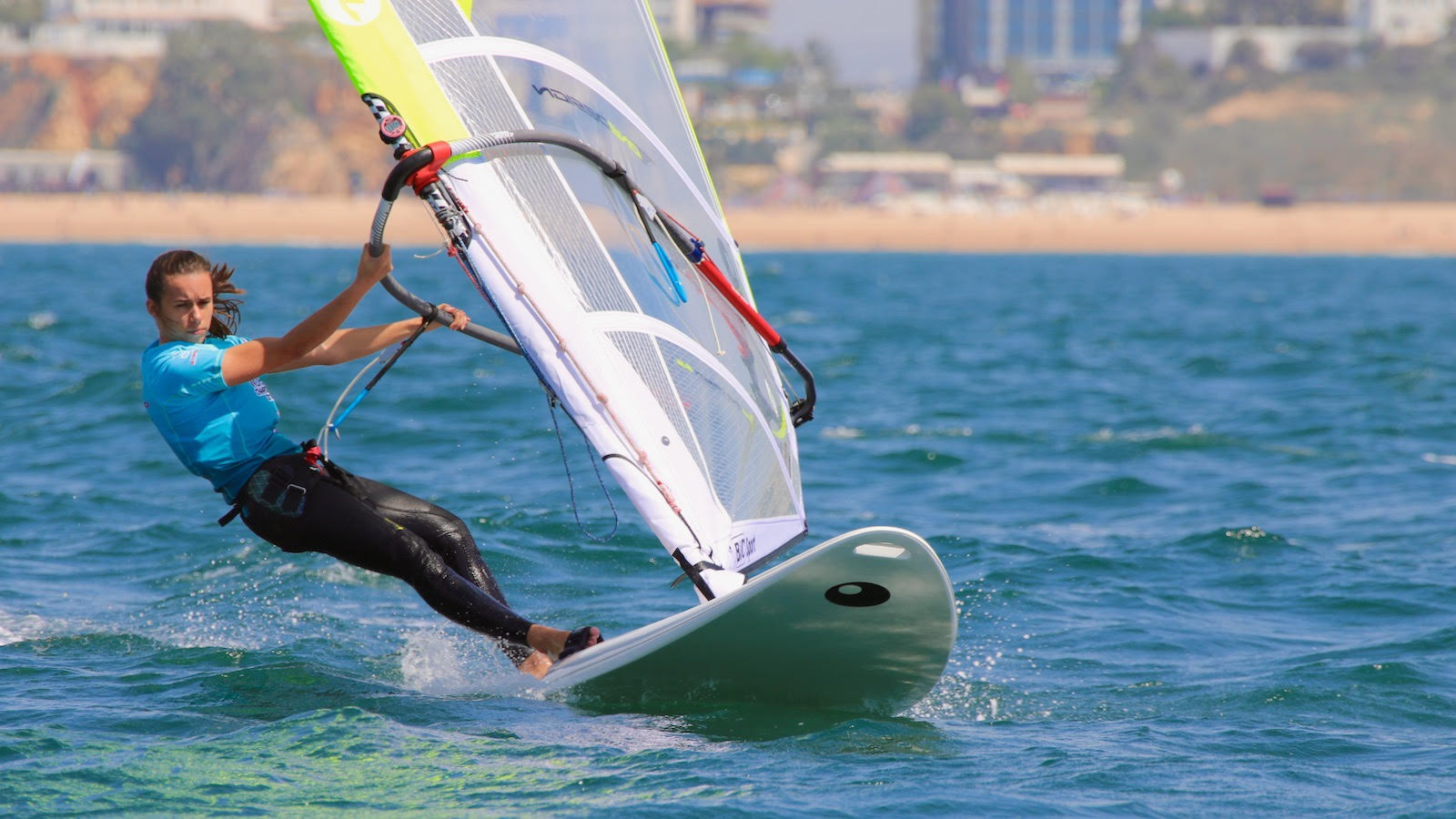 In the womens fleet, the strong Japanese team who have made the long trip to Portimao couldn’t prevent France’s Enora Tanne taking an equally imposing first day lead, 4 wins out of 4, ahead of Kaneko Natsumi and home-town-girl, the local hero Laura Pontes.
The leaders have made their marks. Now it’s up to the others to come and rub them out.
Today was just the beginning, there are 5 more racing days to go and obviously anything can happen in that time. You can keep up to date with the live action and rolling results on the Techno293+ World Championships website at: https://worlds2019.plus.techno293.org/